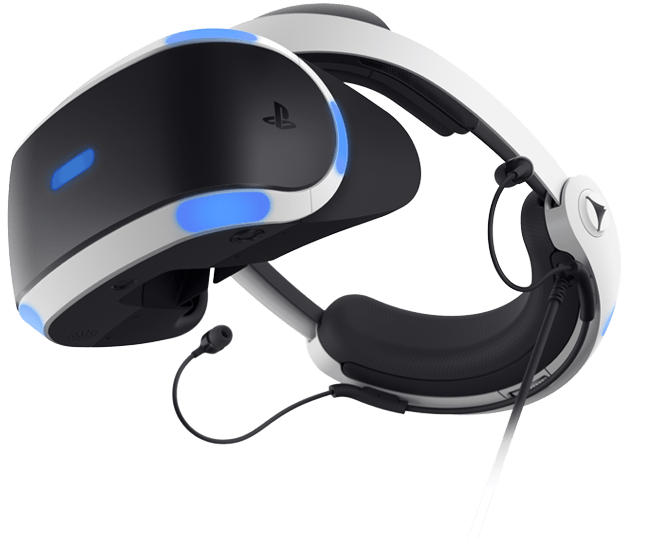 The PlayStation VR gives you a brilliant virtual-reality experience on a budget. The recent price drop of the PSVR, almost 25 percent of its original cost, is a solid reason to get involved in virtual-reality. If you aren’t someone that likes to just sit on a couch for two to twelve hours with just a remote, and would prefer to have a more active, immersive experience, then this PlayStation VR review is the one for you.

The Best of Three Options

There are three VR headsets currently available to consumers, but truthfully the PSVR is the one you are most likely to want to buy. This is a rare case of a product living up to the hype, even though it does not have a huge library of games you can use it with. Last year’s release of Resident Evil 7 was already a down right spine chilling game, but as soon as you play it with the PSVR it truly brings the game straight to your own living room and scarier then ever. Don’t forget though, in order to enjoy this exciting and awe-inspiring gaming revolution you will also need the DualShock 4 controller, a PlayStation camera, and a PS4.

Like I had said before, there are three VR headsets that are in this battle for virtual-reality. There is the HTC Vive, Oculus Rift, and the PSVR. The PlayStation VR is much cheaper by far and doesn’t have any hidden price tags after buying it. There are no update requirements that need to be installed or a computer that needs graphic capability to be able to function with virtual-reality. The PS VR is a well rounded smooth virtual-reality experience and works with all PS4 consoles. But even though its 120Hz refresh rate gives you smooth visuals as you look around in the game, the resolution is just a bit disappointing. If you were to go buy a PlayStation VR today and you went to try and use it, you may be wondering why it wont work. The PlayStation Camera is not included in the box and so isn’t the DualShock 4 controllers. Well, if you already own a PS4 then I am almost certain you have the controller ready to use. But in the case of getting a PlayStation Camera if your console didn’t already come with it, then you do have to buy it separately.

Now you might be saying, “I thought you said no hidden costs?” The reason why this isn’t a hidden cost is that several retailers are selling it as part of a PSVR bundle pack, since it is required to use the headset, so you shouldn’t have too much trouble tracking one down. Don’t make the mistake and buy the bundle pack thinking you need the upgraded second-generation version of the PS Camera if you already have the original, because that will work just fine. If you have the three requirements already at hand, then you are ready to go. There is no PC involved, no hassle of having to upgrade any of your rig’s components, and you don’t need to have a significant amount of space cleared in your living room to use the PSVR. Sony does recommend you sit about five feet away from the PlayStation Camera, but since this experience is primarily a seated experience at least you wont need to move the furniture around every time you want to play.

These motion-control wands were originally released for the PS3 after the huge success of the Wii, but they didn’t receive much love as they had barely any games that actually support them. It is definitely worth noting that the PSVR supports Sony’s Move controllers as well. If you have a few wands laying there, collecting dust on the back of your shelf or old cupboard, now would be the perfect time to bring them out, as several PSVR games are using them to great effect.

No do not worry, they are not essential controllers, but if you would like to have the very best VR experience possible, then I recommend you track some down. Most games that do support them, for instance, use them to act as a pair of disembodied hands. They allow you to interact with your environment far more naturally than you would with just a DualShock 4 controller.

Much like the Oculus Rift and HTC Vive, the PSVR headset is also tethered. In terms, there is a long cable that trails from the back of the headset to the main control box and in turn plugs into the back of the PS4 console. Since this is mostly a sitting down experience, you will unlikely get your legs tangled up in them. Be aware though, that if you do have this set up in your living room (which is usually your busiest room in your home) with kids or pets coming in and out, it could cause problems with your VR experience. There are two cables that trail from the back of the headset: one of which is the HDMI cable and one proprietary connection that can either plug into the bundled extension lead, or straight into the main control box. After simply connecting your somewhat annoying wires into your console, there is finally the PlayStation Camera. All you need to do is plug it into the PS4’s rear aux port and place it in front of where you would like to sit. Now this is vital, for this is the device that is responsible for tracking your head movements via the blue lights on the front of the headset. All in all, it is truly a painless set up compared to the HTC Vive, you will be up and running in less then 15 minutes.

I would give the PSVR a five out five-star rating. It is an amazing virtual-reality experience. The PSVR to me has the best gaming VR experience. Although some may feel differently, I believe the PlayStation VR is the best-value virtual reality headset, especially with its price drop. This is a must have for the price, couldn’t be more satisfied.