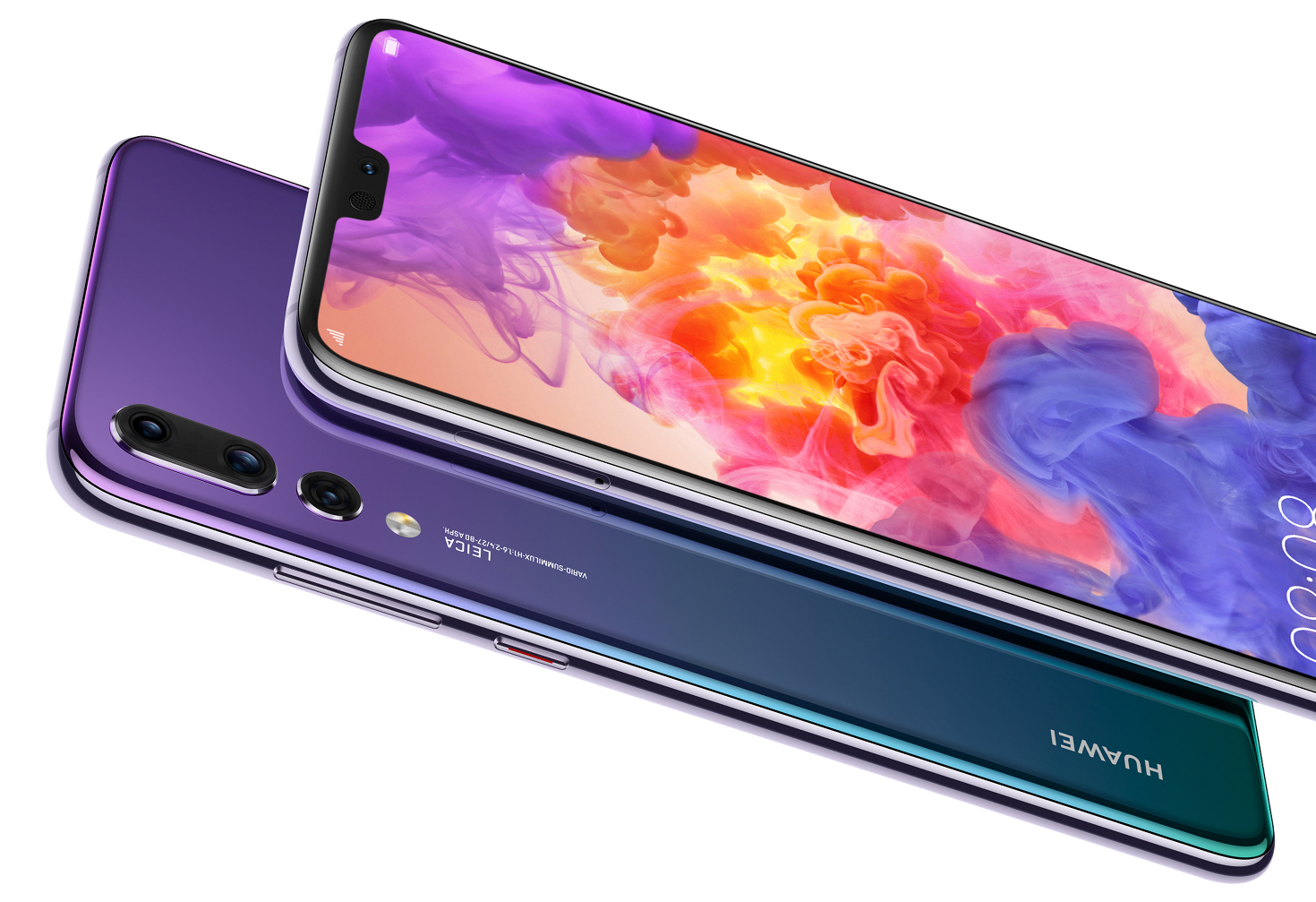 The Huawei P20 Pro was just released last month, and people have been anxious to review the phone and find out how it will compare to the major companies like Apple and Samsung. Huawei’s purpose in releasing the phone was to make a statement to the world. They are hoping to get their product noticed in countries besides China, while competing with Apple and Samsung. One of the most anticipated features of the phone was the triple camera on the back. Did it live up to the hype?

The design of the P20 Pro is something people seem to either love or hate. It is definitely a flashy phone, and it stands out for many reasons. It consists of two big plates of rounded off Gorilla Glass along with metal finishing on the sides. The metal finishing is aluminum polished to look like steel.

The major turn off for some people is the color. The most common colors are black and blue, but there is also a gradient color consisting of a purple color turning to a turquoise color at the bottom – not something you normally see with smartphones. No matter which color though, the finish is extremely reflective, and therefore prone to smudges and fingerprints.

If you like a slim and light phone, the Huawei P20 Pro is a good fit. At 7.8mm thick, it is smaller than the Galaxy S9. However, the screen looks smaller because unlike the Galaxy, it doesn’t curve around the sides. Only the glass does. The notch at the top of the P20 Pro review, the first Huawei phone to have it, is also a point of debate when it comes to design. Some like it and some don’t, but it is smaller than the notch on the iPhone X, and one cool feature Huawei added to supplement the notch is the ability to black out that area so the notch can’t be seen, but notifications can still appear there.

Like the iPhone, Huawei has followed the trend of leaving out a headphone jack, which is something a lot of consumers do not like. Although the Huawei P20 Pro phone comes with an adapter, and wireless headphones can obviously be used, this ends up being more of a burden than anything. Just ask iPhone users.

As mentioned earlier, one downfall of the P20 Pro’s screen is the fact that it doesn’t wrap around, and therefore looks smaller. As far as the numbers go, the screen doesn’t quite stack up to Samsung or Apple, which is what we have seen from Huawei in the past, and what is expected. The display is a 6.1 inch AMOLED with a 1080 x 2244 resolution. The display quality of the Huawei P20 Pro review is great with the colors coming out true and vibrant. You can also customize your color profile – standard or vivid – and the color temperature can be adjusted to your preference. Pixel density of the Huawei P20 Pro comes out at 408ppi, which is nowhere near the Galaxy S9’s 529ppi, but this won’t matter much as the only time the difference would be noticed would be with the use of a VR headset.

When it comes to security, Huawei P20 Pro has the option of a fingerprint scanner below the display, or face unlock. The fingerprint scanner works very well, and very quickly, taking you to the home screen in the blink of an eye. The face unlock feature is also extremely fast, and it doesn’t work in the same way Apple’s does. Instead of using IR techniques, Huawei’s P20 Pro reads the high resolution feed from the front camera to recognize your face. Nothing needs to be pressed to begin scanning your face; the P20 Pro phone is able to sense when it is taken out of a pocket or picked up, and it immediately begins scanning your face. When tested, it worked every time even in low light. One concern, however, is that this feature was built for speed rather than security, but so far no problems have occurred.

The three cameras on the back of the Huawei P20 Pro review have drawn the most attention to the phone and is the most anticipated feature. There is a 40MP main camera, a 20MP black and white camera, and a 3x zoom 8MP camera.

Critics have raved about the low light performance of the phone. Standard night shooting has been said to match the best of them, but what gives the P20 Pro an advantage is the dedicated night mode for low light shots. The dynamic range of this feature is said to be much better than any other phone, and cannot be matched by competitors at the moment. If you are looking for a smartphone for photography, the Huawei P20 Pro is definitely the phone for you.

The software of the P20 Pro doesn’t have very powerful processing, but it does use intelligent processing for it’s low light shooting. Huawei calls it “Artificial Intelligence Stabilization”, and it is used throughout the camera. The phone recognizes scenes, and adjusts the camera and photo settings accordingly. For example, if you are taking a photo of food or nature, that will be recognized, and the phone bumps up color saturation. If you don’t like this feature, it can be turned off as well. AI is also used in the camera’s zoom – at 5x zoom, text is recognized and automatically sharpened. As mentioned, processing power is not a strong point for this P20 Pro phone. The Kirin 970 CPU is used, which gives it 6GB of RAM and 128GB of storage. Therefore, the Huawei P20 Pro is not as quick as Apple or Samsung phones.

One way that Huawei makes up for this lack of processing power, though, is through battery life; which has really impressed people so far. The Huawei P20 Pro was said to have two days of battery life, and according to consumers, it delivers on that promise.

The battery of this Huawei P20 Pro review consists of a 4000Ah cell that is much larger that Apple, or Samsung. And although it has such a large battery, it hides it extremely well, as the phone remains sleek and light. It also charges fast, but for those who want wireless charging, the P20 Pro won’t be an option.

The P20 Pro is not a cheap phone, but it is less expensive than the Samsung S9 or the iPhone X. It costs about $1,110 without the SIM, and is currently only on sale in Asia and the UK. If you are looking for a more affordable option for a smartphone that is still very capable, especially when it comes to photography and battery life, this P20 Pro review may be the one for you.