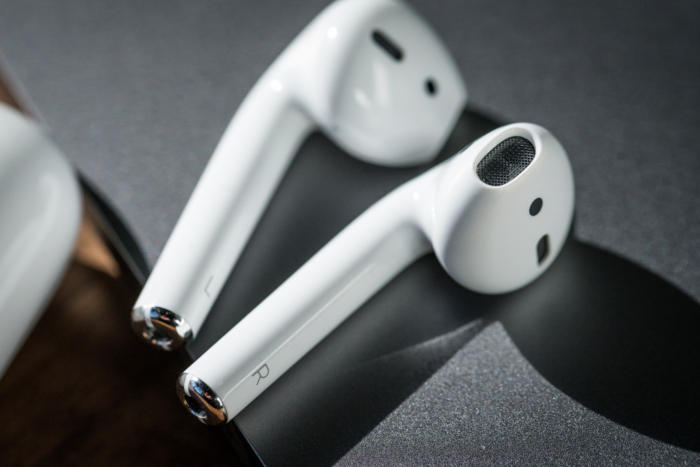 Apple Watch didn’t take off as some Apple investors had hoped for in 2015, and the company is still looking for a blockbuster since then. If the Bloomberg reports are true, then Apple Inc is working on the next generation of AirPods. AirPod headphones have not been appreciated enough for their success since their launch in 2016. They were introduced along with the Watch Series 2 and iPhone 7.The AirPod headphones were so marketed by Apple that they could be ordered online.

If reliable sources are true, Apple will roll out the next generation AirPod model with an upgraded chip this year. Subsequently, they are also planning on a water-resistant model.

The Bluetooth wireless earbuds launched in 2016 were a hot favorite with the buyers. The sound quality they provided was excellent and its Siri controls provided good accuracy. What Apple has in store for the new AirPod 2 model is an awaited event; in terms of pricing, specifications and new features.

Apple has always believed in releasing yearly updates of its products, avoiding the big rush and making them reliable. Even a third version is expected to be released in 2019.

The scheduled March 2018 launch of the iPhone SE 2 may concur with the release of the AirPod 2. If not, the StudioPods to be released in September of this year may see the AirPod 2 being introduced with them. New features are always the main driving factor for the iterative upgrades from Apple, and we may get these dazzlers:

We’re still not sure about the technical specifications the AirPod 2 will offer, but a W2 wireless chip is certain to be included with Apple Watch Series 3. Apple claims that W2 Wi-Fi is 85% faster and 50% more power efficient than its predecessor. So, both Wi-Fi and Bluetooth will be better off than W1 that appeared with the original AirPod.

The current headphones cost around $159 at the moment. It is expected that the AirPod 2 will be available pretty much in the same price range. It is the 3rd generation model that is likely to see a price rise. A more significant design rehash is also likely with the 3rd gen model.

The wearables revenue of Apple grew by 70% in 2017 and it was the 2nd largest contributor to their growth in revenues. AirPods don’t come with the hype that is associated with the iPhone or the Apple Watch, but they are expected to be a key element in Apple’s augmented reality push.

AirPods will surpass Apple Watch in the coming decade as the headphone gradually becomes more wearable and an audio augmented device. By 2022 the AirPods will generate the same revenue as the Apple Watch for the blue-chip company.

Google’s AI Can Predict Heart Disease By Scanning Your Eyes