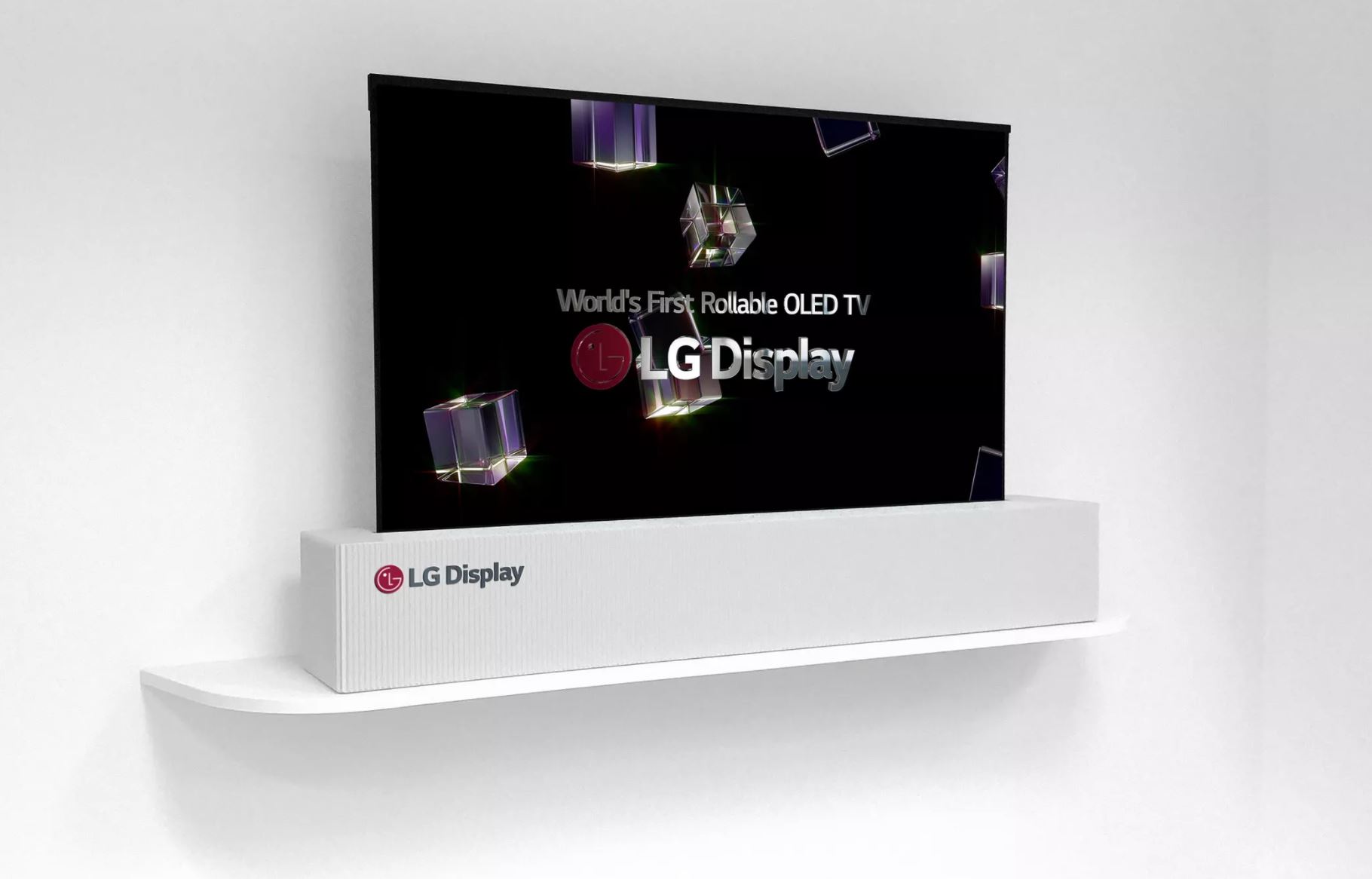 At almost every home, the TV is the centerpiece, especially since most of one’s free time after a long day is spent in their family room watching television. Over the past couple years, we have seen the evolution of televisions expand – introducing us to 4K Ultra High Definition.

We now also have the capability of using our TV like a tablet, computer, or phone as they are now able to download apps, use web browsers, and notify of weather & sport updates. Now, LG has displayed a 65 inch 2160p 4K OLED TV at the 2018 CES (Consumer Electronics Show).

Rollin’ Into the Future

OLED had already been brought to our attention. But LG added a twist, releasing a prototype TV which is able to roll back down into its stand with just a push of a button! This makes it easy to transport and safely store. Not only is it great for transport and such, but you can even leave a small portion of it sticking up. At this point the TV turns into an informational center with weather, news, and sports updates. Basically, it’s a coil of paper that provides a 4K 2160p resolution! This also leaves your wall to be used as you wish when the TV is not in use, making your family room look more appealing for guests.

It’s insane to think that a sheet of paper that can be bent and rolled like a newspaper can even project a picture. It’s like something out of a Harry Potter movie. OLED is an organic light-emitting diode. It contains thin flexible sheets of organic electroluminescent material, making it super light, flexible enough that it could technically even be on clothing, and gives off a brighter and clearer picture. It emits light as a response to electric current when provided. The difference with OLED is that it provides it’s own. Each pixel provides its own illumination instead of an LCD TV in which an LED backlight illuminates all the pixels. This is possible because the organic molecules create their electrons and holes.

While we see the positives – thinner, lighter, more flexible, and a brighter picture – OLED has its disadvantages which may cause the price of OLED to drop dramatically. With LCD and LED having lifetimes ranging from 46,000 to 230,000 hours you will be shocked to hear that OLED’s lifetime is significantly shorter. The organics it takes to make them only last around 14,000 hours or 5 years at 8 hours a day of use. It being so expensive to buy an OLED TV you would expect to get your moneys worth.

That doesn’t matter though, because manufacturing costs are way too expensive right now to even think to bring down the price. Every electronic is susceptible to being damaged by water, but to our surprise, OLED is even less protected against it. Organic materials are easily damaged by water intrusions into the display. Which inevitably leaves OLEDs having to improve on a sealing process necessary for their displays. There are a lot of very good things coming from OLED technology. Like any other new
technology, there are still many things to work out as well. We will soon see how the current
problems are solved, what problems arise in the future, and what will be added to the OLED
technology.

Gadgets to Help You Save Money on Your Electricity Bill